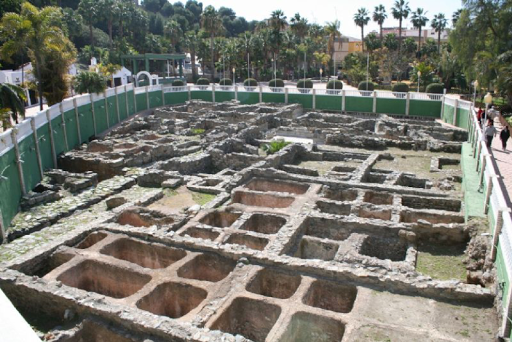 Almuñécar Festivities
The most special patron saint festival in Almuñécar is the Feast of San Miguel. Why so, you might ask. It is due to the fact that it is the oldest neighborhood in our town. It has been inhabited by Phoenicians and then the Romans, of course passing through Al-Andalus and the Castillas. It has witnessed how Almuñécar grew and transformed into the modern town that it is today, but without losing its essence that we take pride off here at Almuñécar Hotels and Hotel Victoria Playa. It is probably one of the most distinctive neighborhoods within our beautiful tropical and Mediterranean paradise.
San Miguel Castle, emblem of the oldest neighborhood in Almuñécar
The neighborhood of San Miguel is around the San Miguel Castle, on the Cerro de San Miguel. It is open to the public and in fact, there are guided tours that you can join. You would not believe how excited our guests were when they attended the evening guided tours of San Miguel Castle this summer. They were amazed after discovering our history, illuminated only by the moonlight and the good work of well-trained and funny tour guides.
History of the San Miguel Castle: historical heritage of Almuñécar
The Castle of San Miguel of Almuñécar is housed in the now called Cerro de San Miguel. However, as we said, the Phoenicians were the first to inhabit it . Since it was a town of merchants, they did not build fortresses or defensive buildings, but rather other buildring sucha as the "The Salted Fish", the fish conservation system and the Phoenician-Roman factory that we have in the Majuelo Park.
Thus, when the Muslims arrived in Almuñécar was when a fortress was built on the highest part of the hill. The function was mainly for defense, since, from there, you can see perfectly who approaches land by sea. However, over time, it became the summer residence of the Nasrid dynasty. Imagine, they left the Alhambra to rest here! Today, the almuñequeros, the guests of the Hotel Victoria Playa and the tourists have the pleasure of seeing the sea with the same calmness as the Nasrid kings and we can perfectly understand their decision. The landscape, the weather and the people cannot be more welcoming.
Almuñécar Old Town: Castillo de San Miguel after the Reconquest
After the Reconquest, the Catholic Monarchs baptized it as the Castle of San Miguel, since according to the Catholic religion, the archangel San Gabriel is in charge of protecting the Christian faith. Ferdinand the Catholic built a moat for the prisoners, the impressive and rugged facade and the drawbridge. This bridge has already disappeared, but it was designed and designed to link San Miguel Castle with the Peñón del Santo.
A path that might trigger your vertigo, but for the locals and for those who have enjoyed it, it remains a magical place. It is easy to imagine the sound of the waves, the light of the stars, and in front, the mighty Castle or the brightness of the sea, don't you just love it?
Over time and after successive wars, the Castle of San Miguel de Almuñécar ended up being a cemetery until the 20th century.
As you can see, it is not surprising that among the Almuñécar festivals, the San Miguel is one of the most proudly celebrated. Those who live or have lived in this neighborhood are linked to centuries-worth of history.
Almuñécar as a family: San Miguel festival program
September 27th
At 12:00 the charanga "folklore" will play music to kickstart the festival. Later, at 5:00 pm, we will be surprised with traditional games for the whole family. As it is one of the neighborhoods where flamenco lives on, we will have the performances of Evi Martí and Meditereánea. Finally, you can enjoy the popular festival with a very special entertainer: DJ Marco Cortés. The queen of the Festival of San Miguel 2019 will also be chosen!
September 28
Again, the "folklore" will kick off, but this time along with a parade of big heads. The bars will open at this time. At five o'clock, the tradition will shake hands, with a children's confinement of an inflatable heifer , to give way to a Twerking show thanks The Royal Family. Finally, we will have the
September 29th
For lunch, you can enjoy the popular paella, enlivened with the flamenco show of Teresa Barbero "La Polvorilla". In the afternoon, there will be a mass in honor of San Miguel. After this, there will be a procession with the image of the Saint that will roam throughout the neighborhood.
Ana González, a popular copla singer, will perform at the official party booth, accompanied by Josemi and Lolo de la Encarna on the piano, two popular personalities in this genre. Later, the local DJ Marcos Cortés will perform and before midnight, you can enjoy the fireworks!
At Hotel Victoria Playa we are very proud of the Almuñécar festivals. We recommend that in addition to enjoying our pool and slides, you are encouraged to enjoy one of the most celebrated local celebrations in Almuñécar. Our team is waiting for you!
Share |