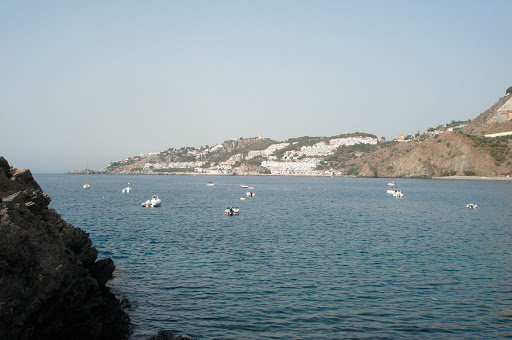 The sea of Almuñécar, a refuge and millenary inspiration
Over the years, nature has gone to the background. The life of places and towns hides the sweat of laborers, peasants and sailors. The truth is that, without them, our life would be simply impossible. The sea and the earth have always been present in our history, saving us from epidemics and crises. At Hotel Victoria Playa we are very grateful to that generosity of nature, because thanks to her, many of us here, we can tell it. The time has come, therefore, for us to tell what history hides, what resonates in the waves of the sea of Almuñécar, what is still told in the benches of the Carrera de la Concepción, where people Older gather to chat.

The great Cadiz poet remembered the sea with nostalgia always:


The sea. The sea.
The sea. Only the sea!
Why did you bring me, father,
to the city?
Why did you dig me up
from sea

If you have been to Almuñécar, surely you have ever come to see the Marina del Este Marina. But you will have also walked along the Paseo de San Cristóbal and you will have encountered a lot of boats that sleep on the beach, face down, waiting for their next entry into the sea. Many of these vessels belong to centuries-old seafaring families. Grandchildren and great-grandchildren know how the waters of our little piece of the Mediterranean Sea have taken away a lot of hunger throughout our history. In times of ration cards, droughts, the sea was always there: not only as a beautiful and relaxing landscape, but as a mother who provides and scrambles to do so. To keep us alive.

The Almuñécar Sea in history

All families have a story in their house where a sea or a sailor saved their lives. Sometimes, in the form of fish; others, in the form of slaughter in the sea; others, with women sewing nets on the shore, on the mother's skirts; maybe also cleaning fish ... There are thousands of possibilities and rarely we remember the victory of the sea of ​​Almuñécar.

But that is not all. It also freed entire generations of diseases linked to lack of hygiene. The houses, without fresh water, surrounded by rivers without water, lacked pipes and taps that would cleanse our skin from the sufferings of the day. For that, we had the sea.
The workers and day laborers washed themselves in the sea and dried on the shore, along with other companions, with whom they talked and told the ravages of the day. Probably more than one letter of flamenco jondo will spring from the salt of the throats of those men who only had themselves to survive, helped with what life gave them: nature and people, who were not people, but family. In times of shortages we all learned from the sea that "everything is shared here." From there, the boys went to see the girls, with the skin scaled and smelling of saltpeter. They were heading to conquer their girlfriends, with the same eagerness with which they had conquered the day. Work, smiles, compliments and a song. And much future: plans, plans, plans, with which the girls and the boys fantasized. They no longer thought about eating: the sea and the land had taken away their hunger. Free from hunger, there is only time left for the future that had returned their gaze to the horizon, "What is beyond that line?" There was only a possible answer: shared fantasy, never the fall.

The sea of ​​Almuñécar, an inspiration for the sexitanos

Those men and women were our grandparents and great-grandparents, or our great-great grandparents. It doesn’t matter. Everyone knew how to live head and toe. Hold on to the sea and the land. To his girlfriends and their mothers. To their husbands and their parents. To their siblings. The only thing they had, the only thing they needed. Thanks to that clinging to life, to them to stay here, always, today families like the Victoria Playa Hotel can continue dreaming and fantasizing. It is a debt we have with the sea and our ancestors: from the Romans to the nearest.
Each of us knows we work on a family project, which began almost a hundred years ago, during which the premise has always been the same: forward, for Almuñécar, for the future. From here we work, without stopping to dream the next step, to be able to take it later.
Conforming is not an option, isn't the sea still a sea, despite the plastic with which we drown them? The sea accepts the conditions and fights for its life, for ours. Talk to us, eject what you don't want, get hot when we don't expect it, bearly gets cold. If he fights and imagines solutions to shine brighter, if “José Andrés Fernández, our captain, has wanted to continue his parents’ legacy of struggle and overcoming, the team at Hotel Victoria Playa does the same. We wake up every morning with just one question in mind, what can we do to improve people's lives? And when the idea does not arise, we look at the horizon and listen to its call.

The sea has been food, motor and playmate of all the souls of Almuñécar or who have come to Almuñécar. That is what we want to do at Hotel Victoria Playa, with your help, for you. We are looking forward to receiving you, helping you, helping you relax, giving you the smell of the sea and listening to you. Ours is a deeper and stronger commitment than the foundations of a building, because it comes from the most majestic thing we have: the sea and the sky. The beautiful line where all dreams come in. We pick them up, do you want one? Sit down and listen ...
Share |